I recorded this original tune with my laptop last month to get the idea down. It's evolving a bit here and there, so I'll likely post an updated version sometime in the future (and by then I'll have proper recording gear and hopefully a knowledge to go with it!).

wingy · Little Bal Tune Accordion- 2019 – 12 – 12
I'm pretty sure this one was at least partly inspired by my trip to Big Branch, a Balfolk festival (Western European social folk dance & music) in Ontario back in September. Lots of small, repetitive fun ditties were taught and played there, so I think this is my version of that sort of thing.

Originally shared on my Patreon page. 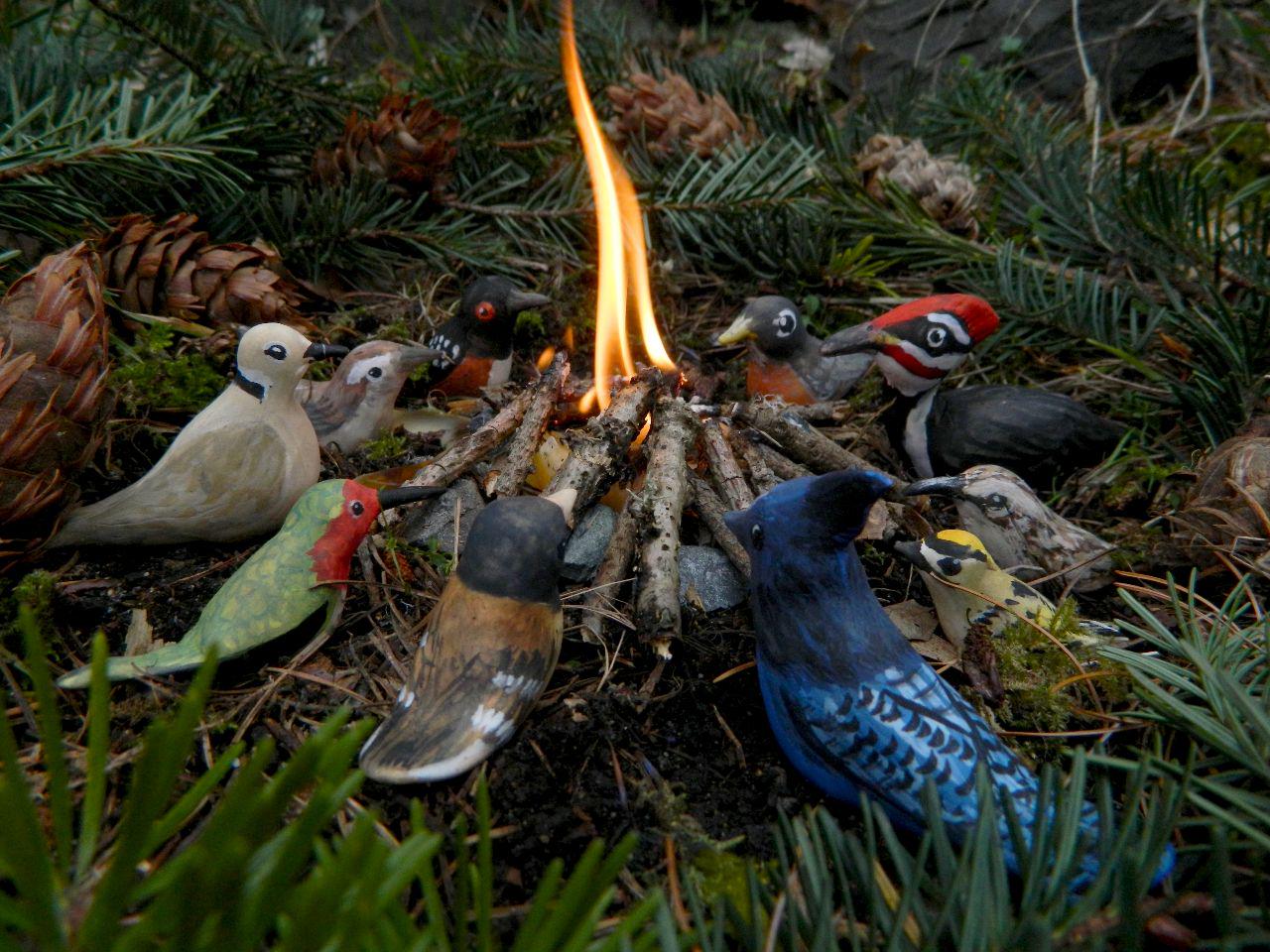 I made these 10 BC-birds out of Model Magic, and painted them with gouache. Then they gathered around a tiny campfire I made them, so I took this picture of them. This piece was made for the Metchosin Art Pod's Bird & Song show.

I go into depth about how I created this over at the original post on my Patreon page, where there are also lots of process photos! 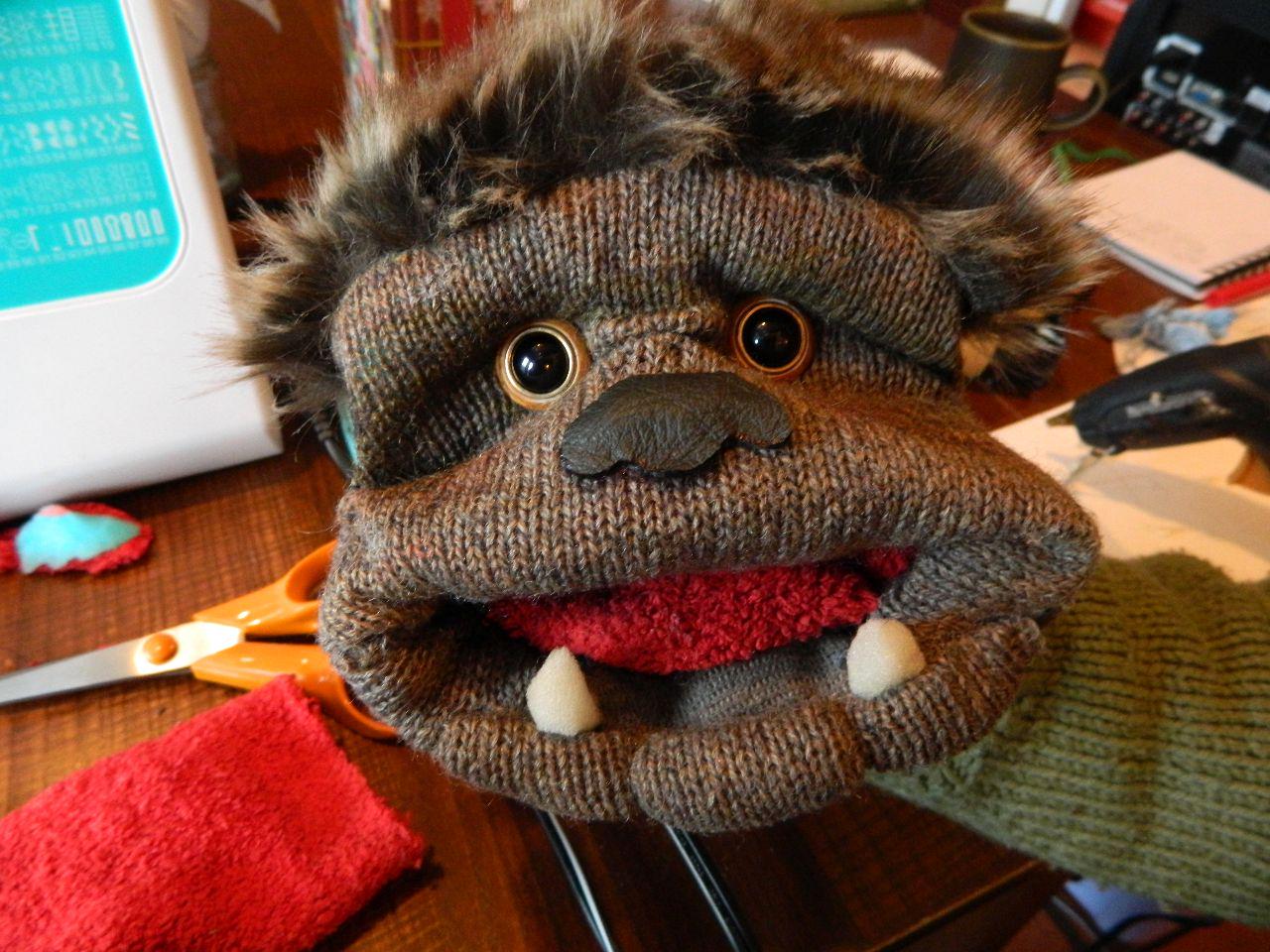 A couple weeks before Christmas, I spent a few days working on this puppet for a gift. It's based on the character Ludo, from the movie Labyrinth (Directed by Jim Henson, starring David Bowie). All the materials were scrounged from whatever bits I had around the house: two old hole-y sweaters, buttons, leather scraps, socks, foam, sponges, stuffing, markers, fabric, thread, and a holiday stocking made out of faux-fur that I found last year.

Full story of the process and more photos on my Patreon page.

Here's another experimental thing I made a couple months ago. There are a total of 10 layered tracks, and I tried out some effects on some of those— a voice-alteration thing where it lowers the voice and makes it kinda grungy, and a guitar patch that made one of the piano parts sound like an electric rock guitar. All recorded with my laptop mic using GarageBand.

Originally posted on my Patreon page. 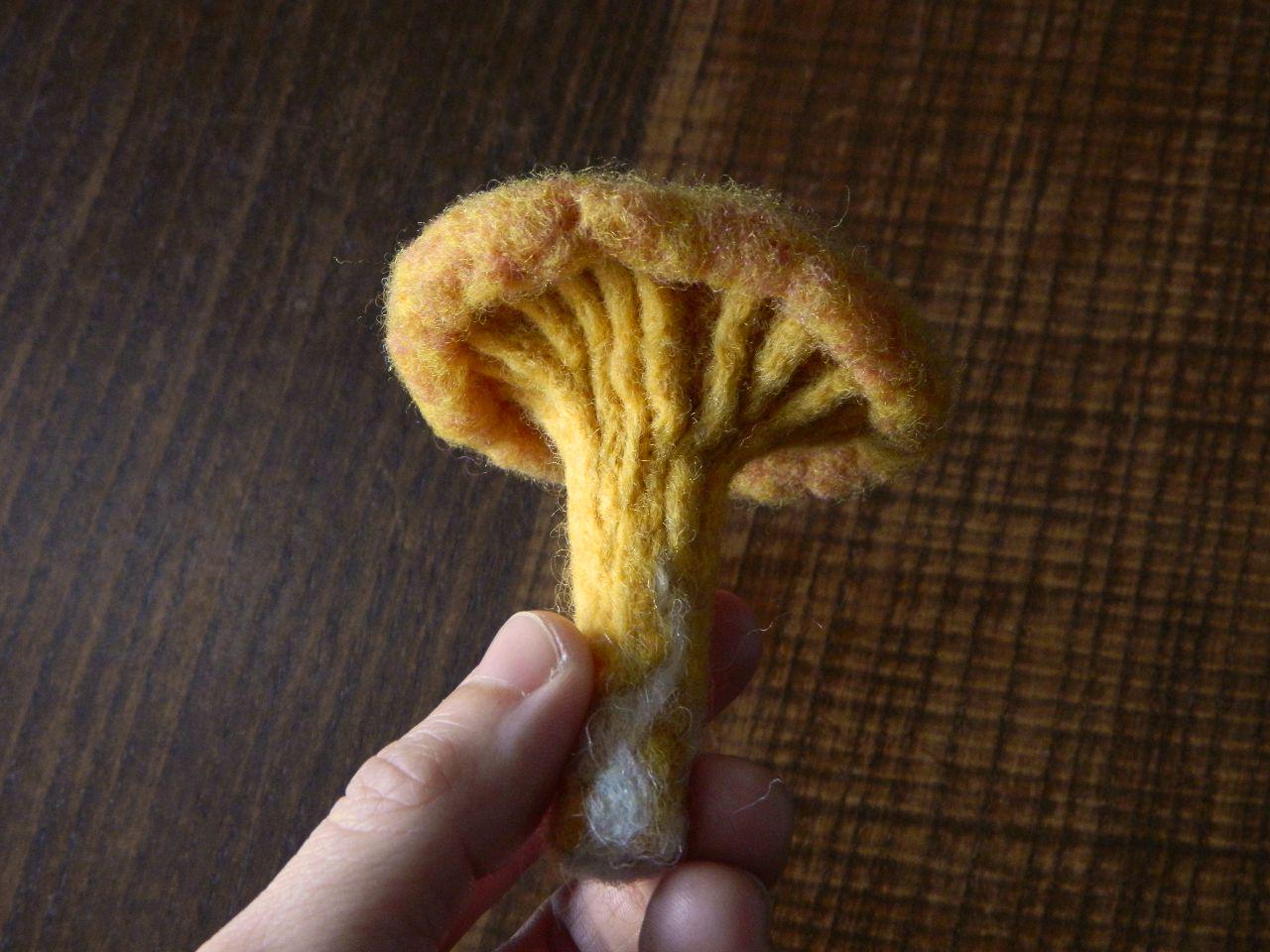 This month we decided our monthly art-challenge theme was going to be “mushrooms”. In October I went mushroom picking in the wild with a couple friends (and their dogs), and we each got a decent basket-load of chanterelles and boletes. Yum! I think that's why I gravitated towards making a chanterelle-esque mushroom.

This was shot at the Woodstove Festival at the beginning of the month by budding filmmaker and fellow musician, Lukáš Hyrman.

Waltzing with Bears is a song I associate with my grandfather Harold, who used to sing it often, accompanied by his guitar-picking. It's originally from Dr. Suess' Cat in the Hat Songbook, but has been adapted by many people and found its way into the familiar Rise Up Singing songbook, where I learned this version from.

Be among the first to get sneak-previews and see extra behind-the-scene bits of videos like this by joining me on Patreon.

Here's another laptop-recording from the vault.

For this one, I started with a piano bass line and melody. Then I added some percussion, creating a “brushes”-like sound by rubbing my hands & fingernails over the wooden surface of the back of a small boxy harp-like toy, and then tapping a rhythm on the box. Then I banged out two simple accompanying melodies on the trusty wooden glock toy:

Originally posted on my Patreon page. 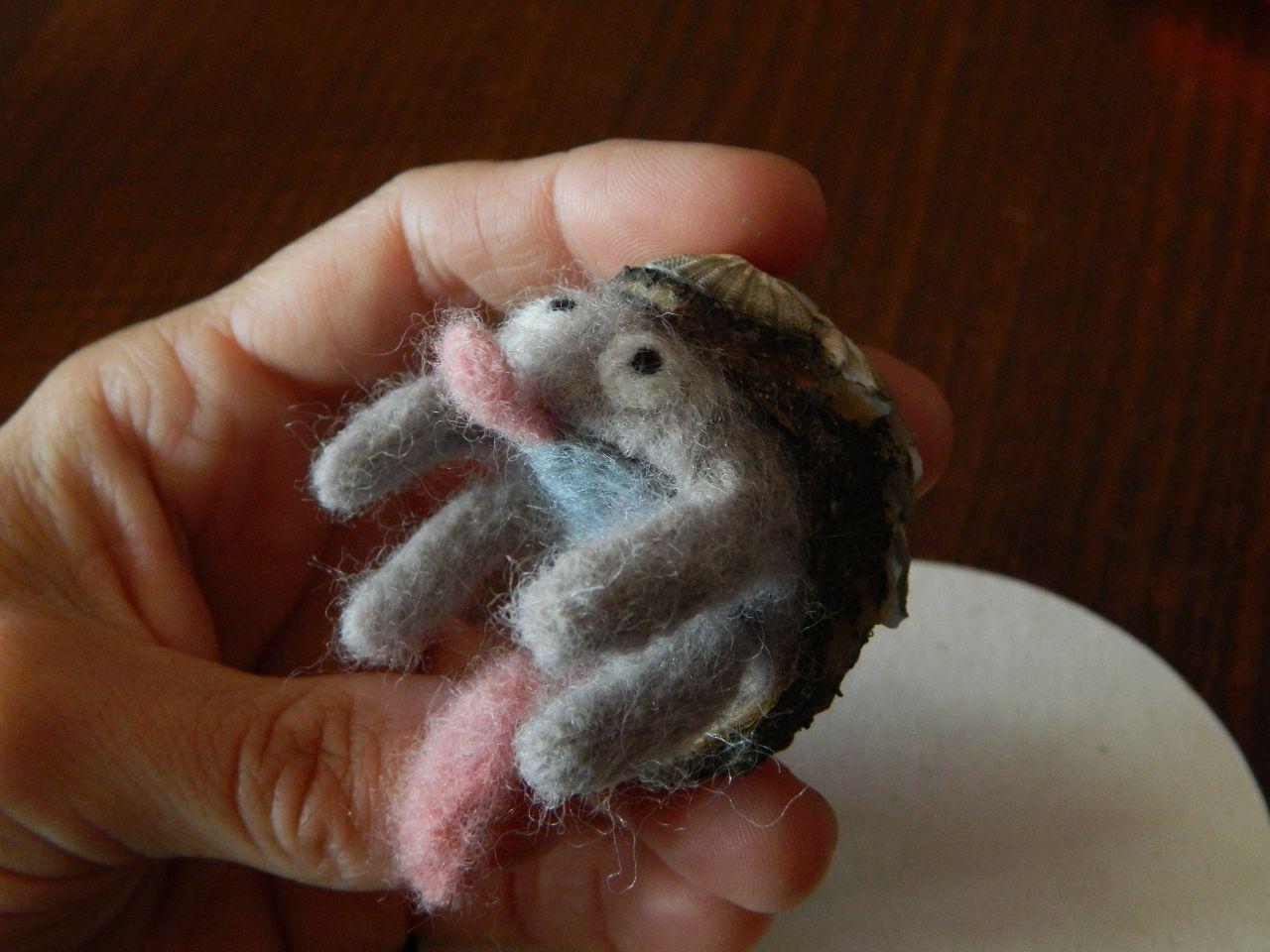 Meet Shell-don: the new, needle-felted inhabitant of a shell that my mum found when she was visiting this past summer. He likes to lick things. 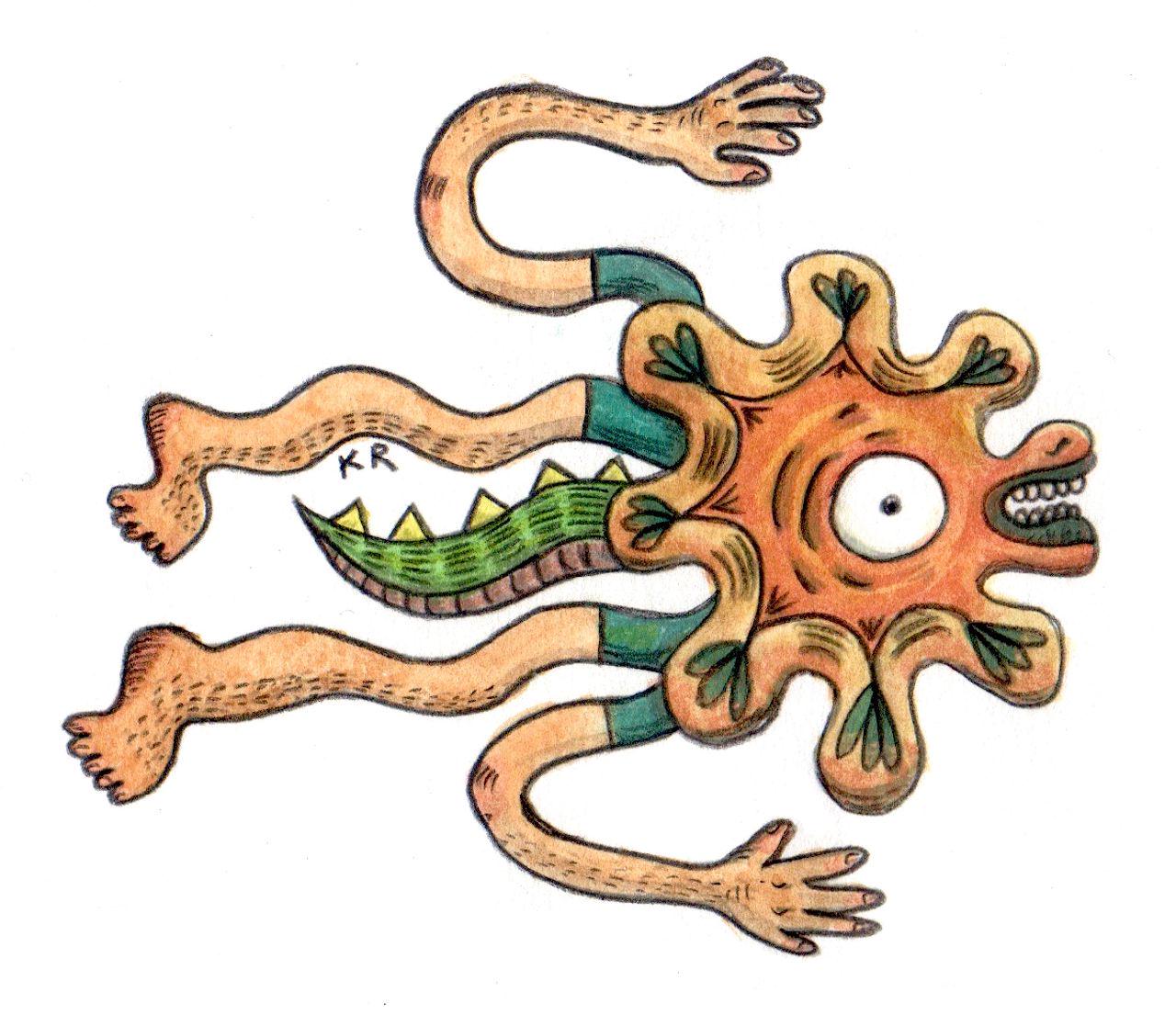 A sticker design that came from a phone-doodling session.

From the Vault: First Layered Tune

I've been digging through my amateur GarageBand recordings and rediscovered this one, from the beginning of the year. I was playing around with my toy piano, and came up with this very simple melody that I thought to try layering things on top of:

Read about the process and instrument choices on my Patreon page.