I've got a bit of an ear-worm here for you this time— you've been warned! Hopefully a robin will notice the worm and pull it out of your ear before it's too late...👂 ♪ 🐛 🐦

This whole thing started as a little improvised poem I spoke out loud while watching a dark-eyed junco sitting in the bath all fluffed up: 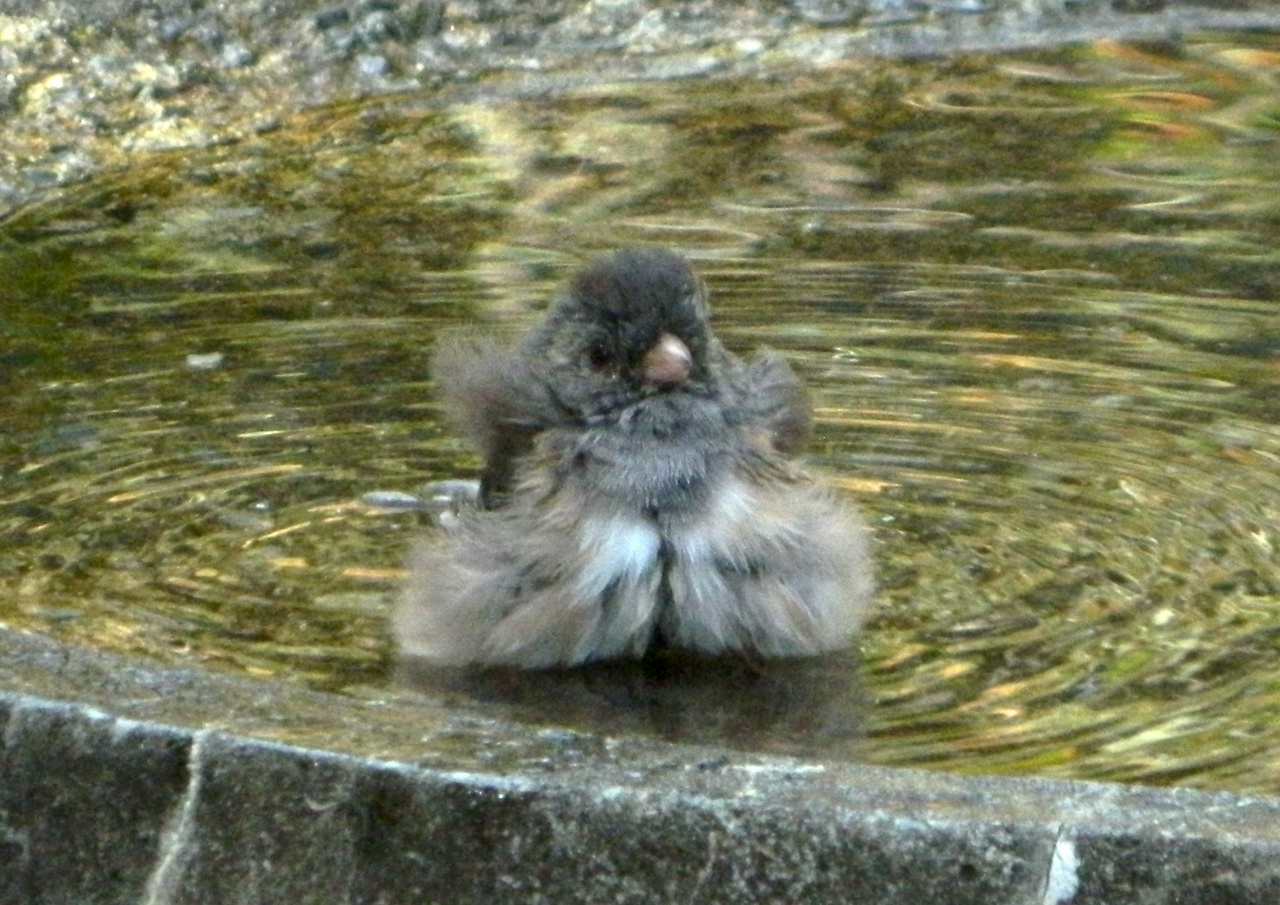 ♪ Junco soaking in the bath/what a sight to make us laugh/feathers fluffed into a sphere/how we love to see you here!

Later I was playing freight train by Elizabeth Cotten on the guitar, and realized the poem fit perfectly with the melody of the song. So I wrote up a bunch more bird verses with the tune in mind. However, while I was editing the verses later on, I happened to be listening to animal songs by the wonderful Canadian folksinger Alan Mills, and when his song The Bird's Ball started playing, I realized the poems also fit the melody of this song... plus this one had a joyful “tra-la-lalala” bit in it that got me thinking about some extra bird-call-inspired lyrics... so...

Hear the recording and read more on the original Patreon post!