Huzzah! It has been one year since my first Patreon post!

I decided to celebrate by honouring the star of that inaugural post—my fine felted friend Leggy—by illustrating a twinkly caricature: 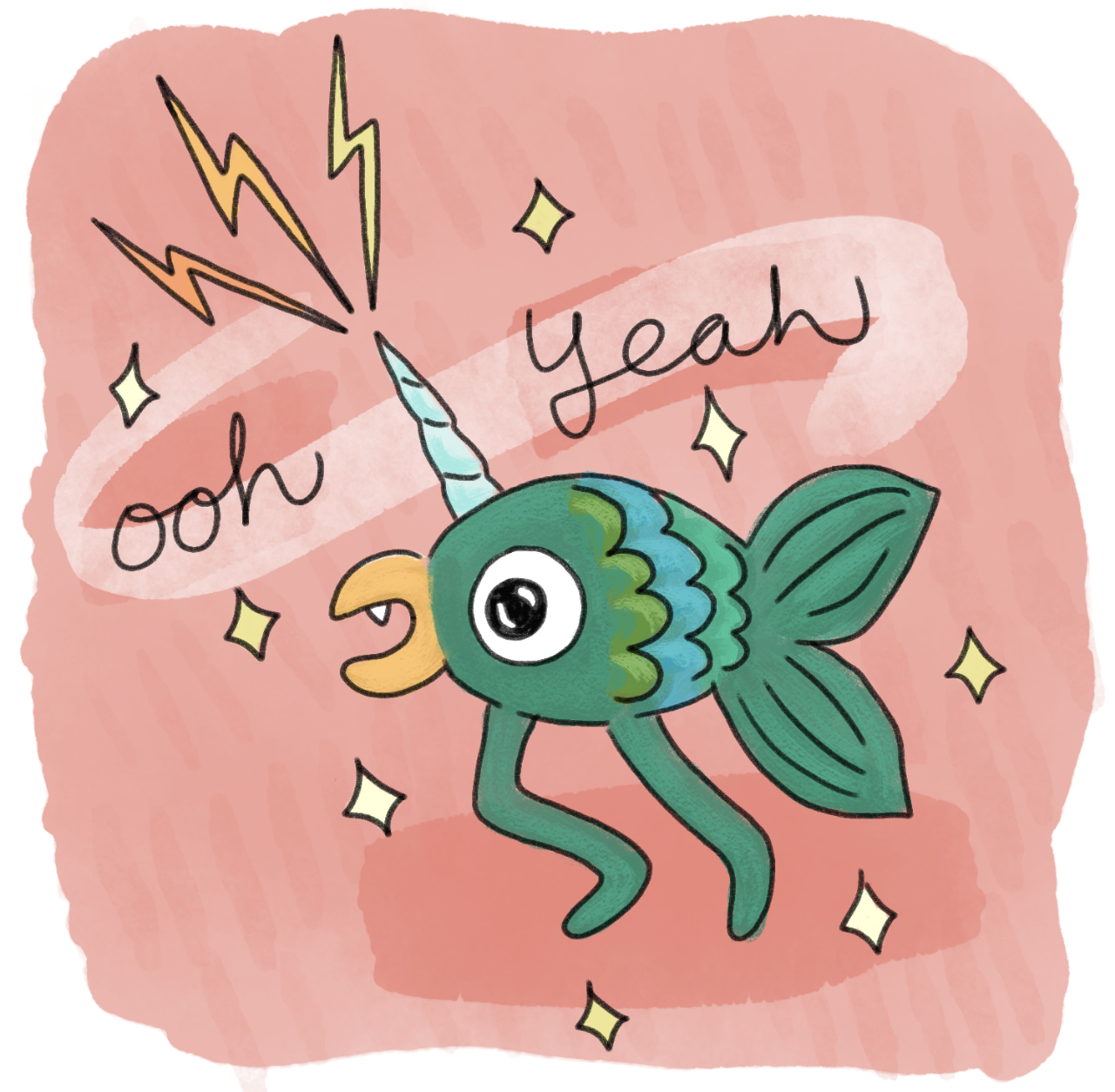 Read the full post and see more pictures— including a twinkly animated GIF— on the original post!

Seán thought it would be a nice idea to shoot a hummer's-eye-view video of me playing a new improvised song that I had just came up with. So here it is! The song was inspired by a song by zmi that I had stuck in my head.

Since we're going to try to make this a new habit, I thought I'd seal the deal with a fun logo. Here's a peek at the logos I made, in English and Japanese: 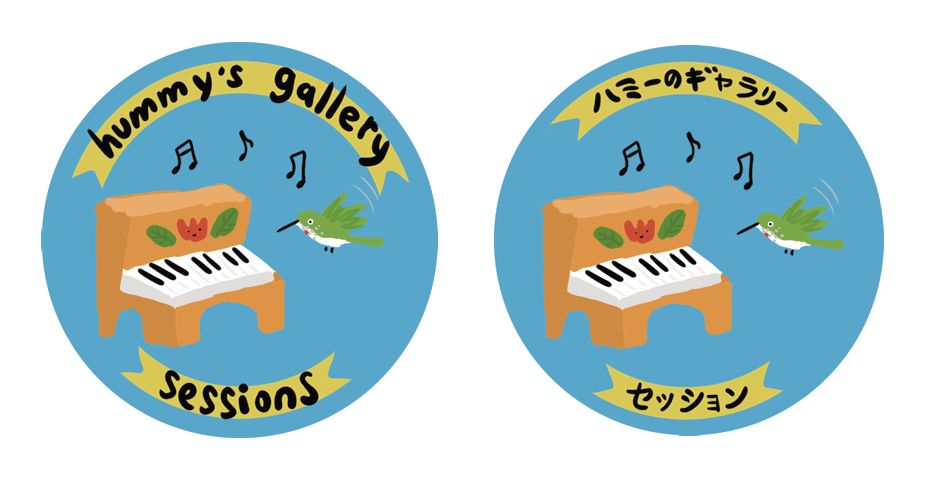 Read about the whole thing on the original post!

While exploring in Japan last week, I discovered a new favourite creature of mine: The hummingbird hawk-moth! 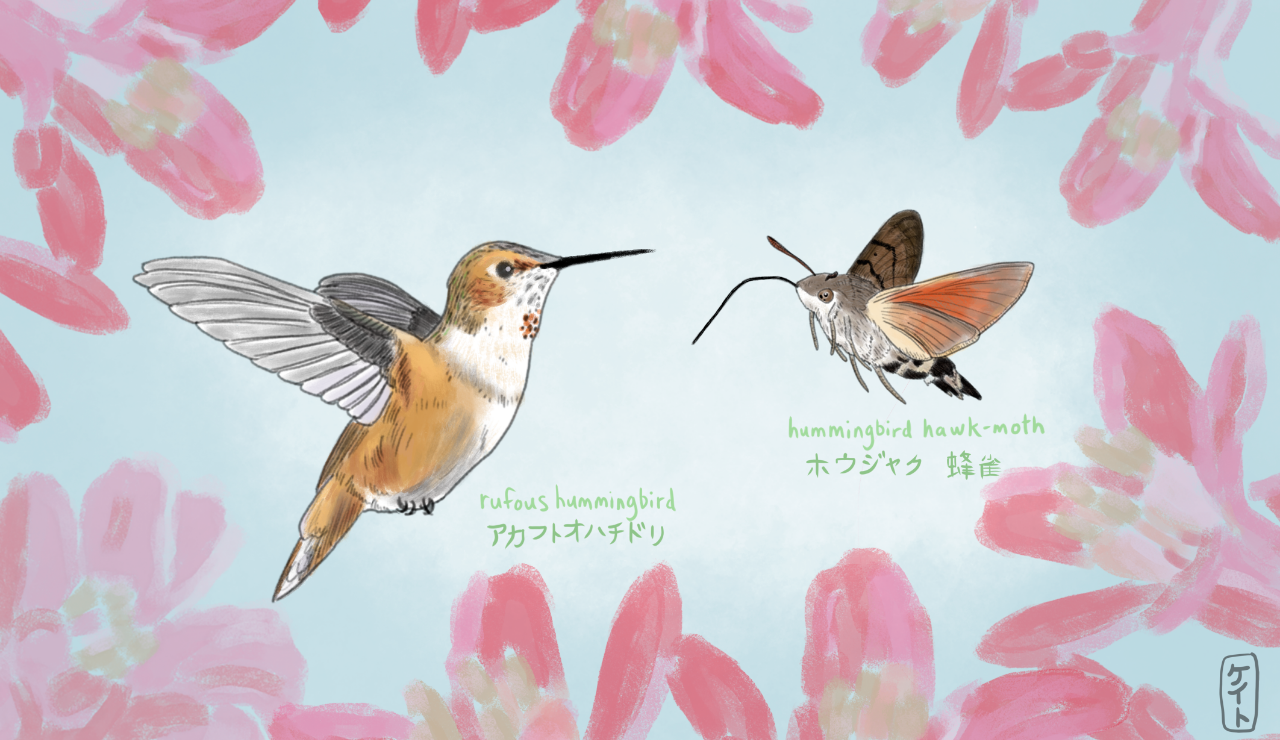 It uses the same mechanisms as hummers to hover, and has a long manoeuvrable proboscis to sip nectar and pollinate with. Seen from a distance, it is quite easy to mistake one of these insects for the tiny jewel-birds that are more familiar to us.

Read more about this wonderful insect and see process pictures on the original patreon post!